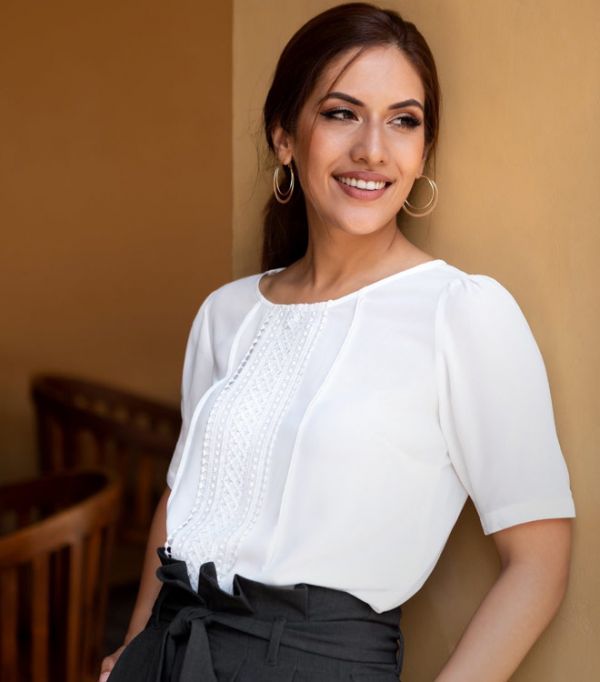 My mom didn't have an income to take care of my sister and I, so she had to forego her meals so that my sister and I could eat from a young age, and this all filled my heart with resentment.

The freedom of Forgiveness

Hi everyone I am Tamara Senaratne. My husband Clement Senaratne and I are from Sri Lanka and have been living in Zagreb for over four years now. And we have been worshiping at the Baptist church Zagreb for around two years .

This year on the 14th of February would mark 10 years since the greatest healing and greatest miracle Jesus ever did in my life until now. It also is around the same time I gave my life to Jesus. Jesus set me free from much bondage and cut me loose from many things but nothing can compare to the freedom of forgiveness.

It all started when I was 7 years old when my father left my mother, my sister and me to be with another woman. My life as I knew it changed significantly from then on. My security, my comfort and my whole life was shaken. I saw my mother alone, sad and fearful. She did not have an income to take care of my sister and I, she had to forego her meals so my sister and I could eat from a young age and this all filled my heart with resentment. As I grew, I faced many things apart from the fact that my parents were separated. I have even attempted to commit suicide in the past as an attempt to punish my father for what he had done.

I always thought I had a right to feel the way that I was feeling. I was a very angry person and I had much hatred in my heart. Nothing I ever attempted to do ever worked out for me. And for everything I blamed my father and I blamed the woman he was with.

Soon after I gave my life to Jesus, I was in Church one day and a preacher said “there is someone who is filled with hatred towards another person, God wants to set you free today” and I sat still even though I felt like he was speaking directly to me. I grew so angry at that very moment and I was offended by Jesus that He would even suggest such a ridiculous thing. I asked Him if he had not seen what a misery my life had been thanks to this woman. The numerous times she has treated my sister and I like trash, the fact that my mother was homeless because of this wo - - I asked God furiously: “did He not care that all this happened, and now He is asking me to forgive?" I was so bitter that I imagined different ways of torturous brutal deaths upon her and I imagined then that my life would be better.

Then after returning home I began to feel very much in distress, something I had never felt before. But I couldn’t stop thinking about what I had heard in church. I thought maybe I’m over-thinking all this and kept trying to do things to take this feeling away. But nothing worked.

I called my prayer partner who had been assigned to me in my small group and I began to tell her what happened. I didn’t really know how to hear from God or if this was even Him at all, all I can say is that there was a force from within me that was stronger than me and I couldn’t fight it. And I told her that I felt like Jesus was asking me to forgive the woman in my father’s life but I didn’t know what I was supposed to do.

And she suggested we pray. As we began, she suggested that whatever came to my mind to say it aloud and release it to God. As this process began things that I held on to that I had forgotten came to mind and I felt the sadness, shame and pain in its fullest extent and that day I felt it for the last time in my life. God didn’t leave anything out nor did He make me feel like my pain and tears meant nothing. He made me realise that He saw everything and He no longer wanted me to live in pain. As I struggled to let go of what happened to my mum, somehow I felt like my forgiving was letting my mum down, but He told me vengeance is His.

Then the Lord asked me to go to this woman’s house. It had been 2 years since we had spoken, my body froze. As I drove there I recalled the many times this woman never hesitated to insult me or be wicked to me and I said to God “ I really hope I heard right because I don’t know what I’m doing here.” How do you walk up to someone's house and say “I forgive you" when they never apologised to you?

As she opened the door I felt something like a fire fill my body and my body just leapt forward, and I just hugged her. And the words, “I’m sorry for all that I have ever done to hurt you.” came out of my mouth. And in my mind I am asking God “WHAT? What am I sorry for? I didn’t do anything.” She said to me how she knew I was suffering for all the things I had done to her …. but the Lord said to me “it’s your life I have changed, she’s still the same.”

I remember as I turned and walked away that I had never felt joy like that in my life. For 14 years I had been imprisoned and that was my first moment of freedom. I felt like I was walking on air. I couldn’t stop smiling and laughing, I couldn’t imagine that I could be this free. I felt like I had not been living up until that moment. It’s 10 years later and I can tell you God has blessed me so much but I often look back on that day, and to this day I live in this great freedom, joy and peace which I’m most thankful for and I can’t stop thanking Jesus for doing for me what I couldn’t do so that I could be free.

We care about your privacy. You can unsubscribe at any time.